An Insider's Guide to the Perfect Bali Holiday

An Insider's Guide to the Perfect Bali Holiday

This is one of my favourite tours, taking in the Bat Cave, Virgin Beach, Water Palace and Gates of Heaven. It’s a long day, but much of the driving is through the picturesque Karangasem countryside with its small villages and beautiful valleys and ricefields and having lunch at Virgin Beach is always a great idea. When I make a 5-day itinerary for people an East Bali Day Tour is always on the list.

Pura Goa Lawah (Bat Cave Temple in Balinese) was built in the 11th century by Mpu Kuturan, one of the early priests who introduced Hinduism to Bali. The temple complex is built around a cave opening that is inhabited by hordes of bats which fly out over the temple at dusk to feed on insects.

There are some local guides touting for business but it’s only a relatively small temple complex so you don’t really need one. The best time to visit is when some of the locals from the nearby villages come for their daily prayers in the morning.

Virgin Beach is awesome. It’s what the southern beaches used to be like. Less crowded, clean seawater due to the currents, great swimming with quite low swells and a working fishing fleet at the southern end of the beach.

It’s not usually crowded because it’s a little off the beaten track and there are a number of warungs lining the shore where you can grab some lunch and a cold beer. They also rent out daybeds quite cheaply (around IDR 50k each) but you should bring your own towel. There are toilets at the northern end.

Being the son of a commercial fisherman I’m always fascinated with fishing fleets in other countries and the long narrow outriggers used in Bali are slowly becoming redundant in the face of large-scale fishing trawlers from other countries pillaging the local fishing grounds. So it’s a welcome sight to see so many boats still operating from this beachfront.

I love Tirta Gangga. It’s one of my favourite Balinese temples, quite unique in design and the roads around this area overlook some truly beautiful valleys and ricefields.

Tirta Gangga is the former royal palace of the Kingdom of Karangasem located in Eastern Bali. The one-hectare complex was built in 1946 by the late King of Karangasem but was almost completely destroyed by the eruption of Mount Agung in 1963, having since been rebuilt and restored.

A reservoir inside the palace complex holds the spring water delivered by a pipe system from the nearby village of Amlapura. There is also an underground pipe system which leads to the upper swimming pool where it emerges through the mouth of a demon at the corner of the pool. From here the water flows over lower level pools, fish ponds and fountains.

One of the unique features of this beautiful temple complex is the stepping stones across the fish pond. The ticket booth sells fish food which can be used to entice the Koi up to the edge of the steps laid out across the main fish pond allowing for spectacular photos.

Lempuyang Temple – The Gates of Heaven

The temple is in a spectacular setting, with a steep climb up several stone stairways to get to the top of the temple complex with views looking back down the valley and across to Mt Agung, the active volcano that disrupted flights in 2018. the temple is also known as The Gates of Heaven, being the highest altitude temple in Bali.

One of the reasons I like this tour so much is being able to visit Lempuyang Temple in the afternoon, as the mornings have become exceptionally busy with tourists getting there to queue up before dawn in order to get sunrise photos. If you want to get there at dawn then I highly recommend a Lempuyang Temple Sunrise Tour.

Along with that popularity comes issues, and waiting in line in the early morning can take 1-2 hours, and then there is another queue of tourists waiting to take their photo in front of the temple gates. Ad those photos that make it look like the gates are reflected in a pool of water are fake – they’re made using a mirror placed underneath the camera lens.

Having said that I love Lempuyang Temple and think visiting in the afternoon is better because it’s much less crowded. Mount Agung is usually covered by clouds from late morning, but I’ve been here 3 times ad have been lucky enough to have the clouds part for a brief look at majestic Mount Agung.

Although the temple gates get all the Instagram attention I think the steps leading up the temple are the most spectacular feature.

Entrance fee is officially a donation, but IDR 20 – 50k is considered acceptable. You can get coffee and water at the bottom of the temple complex, but that’s about all.

Here’s a route map using Seminyak as a departure example, but we can pick you up from anywhere in South Bali.

It’s better if you have already had breakfast and ready to go by 8:00am. Your depature time is however, completely up to you and can be specified on the booking form below.

Great spot for lunch. 25km from Goa Lawah, around 45 minutes.

The Gates of Heaven. 10km from Tirta Gangga, around 45 minutes.

It’s worth every penny, trust me!

I did the temple tour and had a blast! My driver Kadek was an absolute sweetheart. As I was on my own he walked me to the different entrances and made sure I got where I needed to be. As a solo traveller you might think this is a bit expensive, it's worth every penny, trust me!

Booking online is easy and secure. This website uses SSL Encryption provided by Let’s Encrypt. Look for the padlock icon in your browser’s address bar. You can also choose to pay in several currencies. You will receive an email confirming all your details with a follow-up the day before your tour.

I’m a technology entrepreneur and software engineer and have been building websites since 1995, so my websites (like this one) are completely secure for making online bookings. You may want to read the reviews or check out more about me. 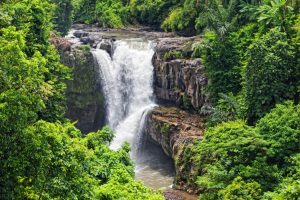 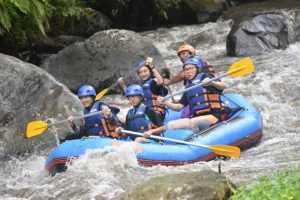 Let me help lower the risk of something going wrong during your Bali holiday. After years of passing on insider tips for family and friends, I’m sharing my local knowledge about money, transport, attractions and day tours. Buy the book.

Worried about coronavirus in Bali? Make sure you check out the list of preferred Hospitals in Bali.

The most recent posts are about Bali Currency, Getting a Tattoo and Booking a Photographer.

Back to Top
Close